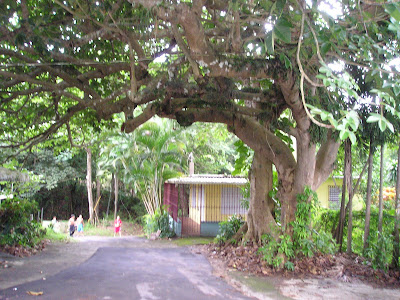 Don Cholito, Jose Miguel Agrelot, que en paz descanse, used to say "mi vino sera amargo, pero es mi vino, " meaning my wine may be bitter but it is my wine. There was so much pride in that. So it bothered me when I was reading an excerpt and I must be frank, I need to read the whole book, but it bothered me what Esmeralda Santiago wrote in her "Prologue: How to Eat a Guava." 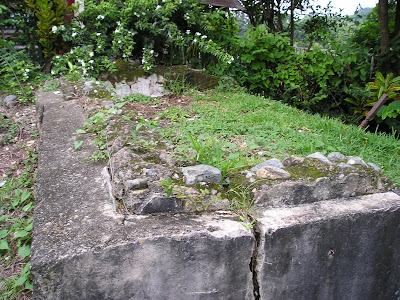 I know she has mixed feelings about being a Puerto Rican who migrated to New York and assimilated. It is the problem of identity which faces many people who migrate. I understand it was a different time, but I was upset. Upset with several things.

First, she states that guavas, guayabas, as we say in Spanish, grow on bushes! No, they don't! They grow on trees. Not very big trees, but trees just the same, with smooth brown trunks. Granted she left as a child and is writing about it as an adult, so her memory is faulty or she got her guavas from a tree that had been pruned back.

But on the other hand, how could she enjoy eating green unripe guavas? It is beyond me. They make you mouth gritty and pucker up. But of course they are a lot safer than ripe ones with the occasional worm. Worms which I thoroughly avoid. Nevertheless, I was and am willing to jump right in there and eat a boatload of guayabas. Yes, they have seeds, but so do strawberries, kiwi, and tomatoes. But of course, she isn't really talking about guavas.


The guava here is symbolic. Symbolic of her childhood, perhaps full of freedom from responsibility. You can never recapture that whether it had been in the states and she were a native. That guava also represented everything unpredictable and difficult in returning to the island of her childhood with its deep seated roots. Roots which perhaps at that time did not offer her the opportunities and advancement that her current address did. I understand. Life moves us in directions which practically define our next steps with ease. Door swing right open. Its okay. Only I wished she had struggled with putting that guava down, because I know for a fact that Puerto Rico has a huge heart full of beautiful things in which its people succeed everyday. And one of these days I am going to grab my ripe, mind you ripe, guayaba, not that green gritty one, and take a big savory bite. Predictable is safe but it can be boring.

The pictures are of El Barrio Lomas in Naranjito, where my family roots are located. In the first picture you see a stately century old tree which shaded my grandfather, don Pepe, who I barely met, and my Grandmother, doña Tinita, the sweetest grandma in the world. The second shows the foundation to their home which housed their ten rambunctious children. Mis tias and tios. The road is Route 165 which you pick up off of Route 2, through Toa Alta and what is pictured is just off a fork in the road. On the right it goes to Corozal and to the left to Naranjito through el Barrio Lomas first and then Las Jaguas, and finally to the home of el Chango. I love the place. It is full of childhood and adult memories which I cherish. Thank God for airplanes, long weekends, and vacations. 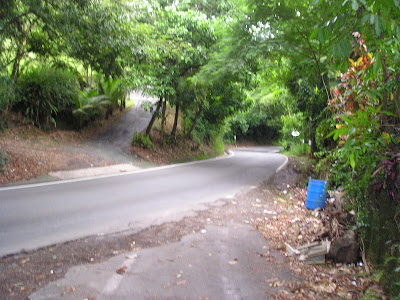 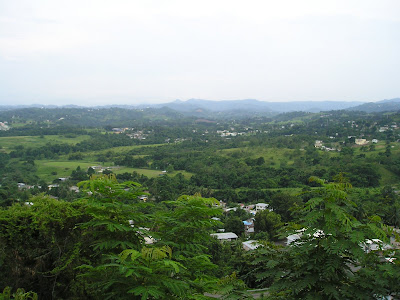 Ana said…
If that tree ever goes down, the Morales will never be the same. It gives the shade that makes the place seem like home.
Monday, September 08, 2008

Elba said…
That tree, thank God, is protected by the government, precisely because of its age and significance. Recently Doris needed to prune it and she had to get a special permission to do so.
Monday, September 08, 2008

Ana said…
I was thinking about things like a bad storm. I hope I never live to see it down.
Tuesday, September 09, 2008

Elba said…
Nothing lasts forever, but that tree has survived Hugo and Georges. It has seen quite a bit of storms, don't you think? Not to mention those of last century, before I was born.
Tuesday, September 09, 2008